Staff reports, this week, Georgia’s Poet Laureate, Chelsea Rathburn, in collaboration with Georgia Council for the Arts, announced the winner and finalists of the eighth annual Poet Laureate’s Prize. The prize is awarded for an original poem written by a Georgia high school student. 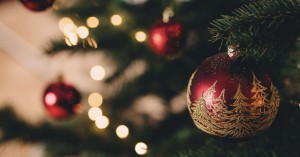 Mary Ann DeMuth reports that the Georgia Festival of Trees, going on now through Saturday, Dec. 4, features a dazzling display of holiday trees and other items available for auction along with live entertainment and children’s activities. Sponsored by natural gas provider Atlanta Gas Light, the event is being held at the Georgia World Congress Center in downtown Atlanta.

Abraham Kenmore reports that Amazon is bringing a 70 megawatt solar farm to Burke County, according to a news release from the company Wednesday. The facility will be the first solar project from Amazon in Georgia. According to a press release, the internet giant is rolling out 18 new wind and solar projects around the world as part of an initiative to power the business entirely with renewable energy by 2025.

Fulton board under scrutiny tightens spigot on incentives

Scott Trubey reports that the Development Authority of Fulton County for many years seldom heard a proposal for a tax break it didn’t like. But a financial scandal and public scrutiny of the agency’s incentive deals coupled with an overhaul of the authority’s board appears to have brought a sea change.

Emily Jones reports, more than 40 scientists are speaking out against a plan to mine heavy minerals near the Okefenokee National Wildlife Refuge. The state Environmental Protection Division is considering permits to allow the mine.

Crews continue to pluck cars out of St. Simons Sound

Larry Hobbs reports that crews with the Golden Ray salvage operation have plucked 777 vehicles from the bottom of the St. Simons Sound. That’s how many they had fished from the seabed as of Wednesday morning within the 1-mile-perimeter environmental protection barrier (EPB) that is still in place between St. Simons and Jekyll islands.

David Pendered reports that there are two major trends in the Metro Atlanta housing market: Prices are up sharply over the past year, and institutional investors are buying or building dwellings to put into the rental trade, according to the Atlanta Fed’s Beige Book, released Wednesday.

Hunter Riggall reports that the city of Marietta has entered into a contract to sell a property on Franklin Gateway to MiRus, LLC, a biotech firm, for $5.4 million. MiRus plans to build its new headquarters at the 6.7-acre site, formerly occupied by the Marietta Flea Market.

Conner Evans reports that Gainesville and Hall County Development Authority on Tuesday, Nov. 30, approved the purchase and eventual sale of about 3.2 acres of land at the intersection of White Sulphur Road and Hillcrest Drive for about $410,000.

Dave Williams reports that Georgia Secretary of State Brad Raffensperger has filed a lawsuit to prod the Justice Department into acting on a Freedom of Information (FOIA) request the state agency submitted last summer. The request sought information on any communications the Biden administration may have had with prominent liberal groups concerning a Justice Department lawsuit challenging the election law reforms the General Assembly passed last March.

Andy Miller reports that Democrat Stacey Abrams’ entry Wednesday into the 2022 Georgia gubernatorial race almost guarantees that health care will be a leading issue in the campaign. Abrams, who narrowly lost to Brian Kemp in the 2018 race, pushed Medicaid expansion under the Affordable Care Act as a top priority in that campaign.

Ty Tagami reports that the association that advocates for Georgia’s school boards has broken with its national advocacy group in part over its letter to President Joe Biden that sought protection for school officials and employees from threats made against them across the country. The leadership of the Georgia School Boards Association voted Tuesday to separate from the National School Boards Association immediately, citing several grievances including that September letter.