Tim Darnell reports that Georgia Power drew heavy criticism Thursday night over plans to bury more than 20 million cubic yards of coal ash at its Plant Bowen in Bartow County.  “Please don’t gamble with our lives,” Vicki Freeman of Atlanta pleaded during an online public hearing on the proposal. “Mandate that Georgia Power move that coal ash to a safe landfill with a proper liner.” 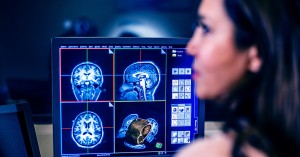 Mary Ann DeMuth reports that the National Science Foundation’s Centers of Research Excellence in Science and Technology (CREST) program has awarded Georgia State University a five-year, $5 million grant. The Atlanta-based university will use the funds to establish the Center for Dynamic Multiscale and Multimodal Brain Mapping Over the Lifespan (D-MAP) that will focus on brain development, structure and connectivity from childhood to late life.

Michael E. Kanell reports, fewer hours for the store, more for the employees. For Batteries Plus, it means opening later than usual and closing earlier, while employees work several hours a week overtime, said Patrick Schmalz, director of operations for the retailer, which does battery, phone and other repairs in three metro Atlanta stores with plans to open three more.

Trevor Williams reports that the Atlanta-based Government Contractors Association is continuing an initiative to help Korean companies sell to government buyers in the U.S., potentially creating jobs at their partner companies domestically. The GCA led a trade mission to Washington in September in partnership with the Korean SME and Startups Agency, or KOSME, with assistance from KOTRA, the Korean Trade-Investment Promotion Agency, which has an office in Atlanta.

Gordon Jackson reports that Brunswick city commissioners at Wednesday’s meeting will consider an agreement with the Golden Isles Development Authority to distribute $1.2 million in Brunswick Business Relief Grant funds for workforce development. The grants, with a ceiling of $15,000 and an additional $5,000 workforce incentive, will be awarded quarterly to businesses to help pay for internships, hiring bonuses and retention wage increases. The money can also be used for production equipment, office equipment, expansion expenses and workforce development.

Lee County hospital is ‘on the clock’ with six-month extension

Carlton Fletcher reports that Billy Mathis admits that the challenge presented to the Lee County officials and private individuals who remain hell-bent and determined to build a hospital in the county is a daunting one … actually, an insurmountable one. Talking about the glimmer of hope that the Department of Public Health gave partners in the Lee County Medical Center venture by granting a six-month extension on the project, Mathis conceded that the DCH had asked for the impossible.

Collin Kelley reports that Mayor Keisha Lance Bottoms accepted a check for $33.5 million from the developers of Centennial Yards earmarked for “community benefits” during a ceremony at city hall on Oct. 14. The check is part of a community investment deal agreed to by the city in return for nearly $2 billion in tax breaks to CIM Group to build the $5 billion mixed-use project on land in Downtown formerly known as The Gulch.

Sarah Fay Campbell reports, at long last, five “star” trailers will now provide a temporary home for local tornado survivors. The RVs, outfitted for movie sets, now have a home at an RV  community on property of the Newnan Housing Authority, and temporary residents should be moving in next week.

Charles Oliver reports that Anna Verhoeff said her approach to teaching aquaponics and gardening is to tell her students what she wants to see and then let them figure out how to do it. Verhoeff is a juvenile corrections officer at the Elbert Shaw Regional Youth Detention Center in Dalton.

Stanley Dunlap reports that when Marcia Killingsworth noticed some troubling election plans for the Edison citywide election she checked in with the Georgia Secretary of State’s office after feeling local officials were dragging their feet. Killingworth lives in Calhoun County, where the Edison city of about 1,300 residents in southwest Georgia is one of the 111 local election contests that began early voting last week, providing the first large-scale trial run for the state’s controversial new election law.

John Ruch reports that state lawmakers from Atlanta’s legislative delegations will hold an Oct. 18 press conference to “throw down the gauntlet” against Buckhead cityhood as they and other opponents play catch-up on the high-velocity separatist movement. “Everybody thought this was not gonna catch on. It has,” said Buckhead-area state senator and Georgia attorney general candidate Jen Jordan, who was among the Democratic senators and representatives who gathered in a joint virtual planning meeting on Oct. 15.

Nyamekye Daniel reports that Georgia Attorney General Chris Carr is among a group of 20 state attorneys general opposing a federal proposal that would allow the IRS to monitor bank accounts with more than $600. The plan is part of Democrats’ $3.5 trillion spending bill being considered in Congress.

Greg Bluestein reports that U.S. Senate candidate Herschel Walker has directly tied himself to Donald Trump as often as he can, touting the former president’s endorsement and support for his policies at his campaign appearances. But the sharpest divide between the two political allies might be their stances on immigration, an issue that has long polarized conservatives and seems certain to gain traction as the 2022 vote nears.