Presidents Obama, Bush, Clinton all to be in attendance at Rep. John Lewis’ funeral, source says

Adrienne M. Haney reports that sources have confirmed to 11Alive that three former Presidents will attend the funeral services celebrating the life of Congressman John Lewis. President Obama is set to deliver the eulogy for Lewis during the Thursday morning services at the historic Ebenezer Baptist Church. https://www.11alive.com/article/life/people/john-lewis/presidents-clinton-bush-obama-to-attend-john-lewis-funeral/85-057031e9-1b9f-4f4c-ba1a-dc88f7286a1b?ref=exit-recirc 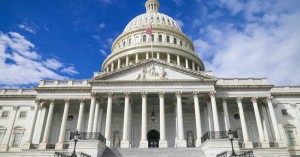 Mary Ann DeMuth reports that the Paycheck Protection Program (PPP) established earlier this year as part of the federal government’s Coronavirus, Aid, Relief and Economic Security (CARES) Act, has provided more than $519 billion to small businesses across the country.

Kelly Yamanouchi reports that Delta Air Lines on Wednesday began requiring passengers to complete health acknowledgment forms attesting that they have not been diagnosed with COVID-19, or had symptoms of the virus in the 14 days prior to their flight. The Atlanta-based airline says that customers also will be required to answer questions about whether they might have been exposed to the virus in the days leading up to travel.

Gordon Jackson reports that a ferry and trolley service between St. Simons and Jekyll islands received the unanimous endorsement Wednesday from the Golden Isles Chamber of Commerce. Stephen Williams asked the board, on behalf of Golden Isles Transit Co., for a letter of support which will be presented to the Glynn County Commission at an upcoming meeting.

Jeff Gill reports that Florida isn’t mincing words in the ongoing water wars with Georgia.  “Denying Florida relief not only would spell doom for Apalachicola, it would set the bar so high for an equitable apportionment that it would effectively invite states to raid water as it passes through their borders,” Florida lawyers said in a brief filed Monday, July 27, in the U.S. Supreme Court.

Ross Williams reports that for some rural Georgia students, a heightened spread of COVID-19 combined with low internet availability could create disconnects that prevent them from doing online schoolwork. As of Tuesday, rural Hancock County between Atlanta and Augusta ranked No. 6 in Georgia for COVID-19 cases per capita.

Mary Landers reports that Savannah lawmakers said Wednesday they are planning to pre-file a resolution that would rename the Talmadge Bridge as the “John Lewis Freedom Bridge” after the Georgia Congressman and Civil Rights icon who died July 17. State Sen. Lester Jackson (D-Savannah) and outgoing State Rep. Craig Gordon (D-Savannah) plan to pre-file the resolution as soon as possible in October.

Max Blau reports that when Georgia Power opened Plant Scherer in 1982, few local residents benefited more than the Bowdoin family. Marvin Bowdoin, who had sold his neighbors on the utility’s promises of more jobs and greater tax revenues for the community, owned a store in the small town of Juliette that sold groceries and gas to the company’s employees.

Stephen Fowler reports that a new Monmouth University poll casts Donald Trump and Joe Biden in a tight race for president in the Peach state while Republicans lead in both U.S. Senate races. The survey, released Wednesday, also found that while 54% think Gov. Brian Kemp is doing a good job handling the coronavirus pandemic, while 63% of registered voters in the state said individual cities should be allowed to enact face mask rules stricter than the mere urging the governor is asking.

Greg Bluestein reports, since Gov. Brian Kemp signed his last coronavirus-related order into effect two weeks ago, Georgia has set new records for daily confirmed cases of the disease, the hospitalization rate has soared and federal health officials urged the state to impose new restrictions. With the executive order set to expire on Friday, Kemp has a new decision to make: Extend rules that allow restaurants, bars and other businesses to remain open if they follow safety guidelines or revive stiffer restrictions aimed at containing the pandemic.