Ariel Mallory reports that the Randolph County Hospital Authority announced Friday that the hospital in Cuthbert would be permanently closing. It was unanimously voted to close the Southwest Georgia Regional Medical Center after years of financial hardships. 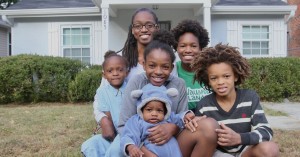 Mary Ann DeMuth reports that the nonprofit Atlanta Land Trust (ALT) has received new funding to help purchase land for development of up to 50 permanently affordable housing units near the city’s BeltLine and in other targeted high-growth areas. The Kendeda Fund, a foundation dedicated to advancing equity throughout Atlanta’s housing, transportation and educational systems, is awarding ALT a $895,000 grant over two years.

Staff reports that Governor Brian P. Kemp Friday announced that GEDIA Automotive Group, a family-owned international company that specializes in making state-of-the-art automotive parts, will build an advanced manufacturing facility that will begin production with a focus on parts for electric vehicles. GEDIA will invest $85 million in this project, delivering 200 jobs to the greater Dalton area at a Georgia Ready for Accelerated Development (GRAD) certified property in Whitfield County.

In Selma, A ‘Final Crossing’ For John Lewis Across The Edmund Pettus Bridge

Matthew S. Schwartz reports that the body of John Lewis crossed the Edmund Pettus Bridge one last time on Sunday in what organizers described as “The Final Crossing,” part of a multiday celebration of the life of the civil rights icon. Lewis’ flag-draped casket was pulled across the bridge by a pair of horses, as a crowd of onlookers gathered at the side of the road.

Michael E. Kanell reports that Georgia’s storm is about to get worse – for the jobless, for social and government agencies and for the struggling economy. Emergency $600-a-week payments from the federal government to unemployed Americans have ended, which means there will soon be a rush of cash-strapped families looking for help at already stressed charities.

Wayne Drash and Ellen Eldridge report that the number of COVID-19 patients hospitalized inside Emory Healthcare has jumped nearly fivefold since early June, straining the state’s largest health system as its doctors, nurses and staff work around-the-clock tending to sick patients, according to data shown to GPB News. Emory CEO Jonathan Lewin on July 1 expressed fears of a large surge of COVID-19 patients — and it appears that wave is here.

Staff reports that Marjorie Greene said she got involved in politics because she is “sick and tired of President Trump being attacked every single day for the crime of beating Hillary Clinton.” Her candidacy for the 14th Congressional District seat has drawn national attention because Greene, a Republican and the favorite to represent the district that includes Whitfield and Murray counties, is an advocate for QAnon, a discredited conspiracy theory, and because of “hours of Facebook videos” of Greene that Politico said show her expressing “racist, Islamophobic and anti-Semitic views.”

Susan McCord reports, passage by the U.S. House and Senate of bills this week could change the name of Fort Gordon, the Army installation in Richmond County named for Confederate Lt. Gen. John Brown Gordon. The Senate passed its version of the National Defense Authorization Act spending bill Thursday.

Dave Williams reports that both environmental groups and businesses are hailing congressional passage this week of legislation aimed at preserving the scenic beauty of America’s public parklands into perpetuity. “Protecting and enhancing our public lands is an essential part of the American ethos,” said Jeannette Gayer, executive director of Environment Georgia.

Mary Landers reports that late last month, Congressman Buddy Carter proposed an amendment to a transportation bill in the U.S. House of Representatives. It doesn’t mention the proposed Spaceport Camden near Woodbine by name, but critics of that effort — which has already cost Camden County taxpayers $8 million — say the amendment seems tailored to solve issues it’s encountered.

Anatomy of an Election ‘Meltdown’ in Georgia

Danny Hakim, Reid J. Epstein and Stephanie Saul report that last month, Daryl Marvin got his first taste of voting in Georgia. Mr. Marvin had previously lived in Connecticut, where voting was a brisk process measured in minutes.

Daniel C. Vock reports that U.S. Rep. Rick Allen introduced legislation Thursday that would block federal education funds for any school “that does not provide an option for students to attend classes, safely and in-person, at the beginning of [the 2020-2021] school year.”

Greg Bluestein reports that U.S. Sen. Kelly Loeffler is intensifying her attack on Republican rival Doug Collins’ record as a criminal defense attorney despite criticism from his campaign and allies who say he’s being unfairly targeted for fulfilling his constitutional duty.