Staff reports that Governor Brian P. Kemp announced on Friday that the major motion picture, television, and streaming companies plan to bring back and hire an estimated 40,000 production workers, who will be employed on an expected seventy-five production projects that will invest over $2 billion into the Georgia economy during the next eighteen months. 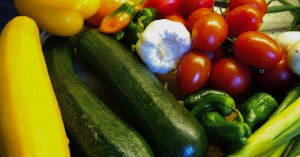 From farmers to families

Mary Ann DeMuth reports that Midwest Food Bank is a multi-state organization that distributes food worth more than $23 million to 2,000 nonprofits each month. Its Peachtree City location, Midwest Food Bank of Georgia, serves over 320 agency partners like The Salvation Army. Recently, Midwest Food Bank announced its participation in a new U.S. Department of Agriculture (USDA) program that is helping farmers and food suppliers as well as individuals and families who need food.

Staff reports that despite Gov. Brian Kemp’s new rules for conventions to start up again in Georgia, it will take a while for metro Atlanta’s once mighty and lucrative meetings industry to rebuild, experts say. Venue and visitor officials are grateful for the governor’s Thursday executive order that eased restrictions on a variety of businesses and offered clarity on how to go forward.

Staff reports that Georgia Southern University launched a campaign on Monday, May 18, to raise money for enrolled students who are facing financial struggles during these unprecedented times. The goal of the campaign is to raise $250,000 for up to 250 of our students who are in need and seeking to finish their degree.

Katie Nussbaum reports that it’s been over three years since the shovels officially hit the dirt for hotelier Richard Kessler’s Plant Riverside District on the west end of River Street, and next month the $350 million, 670,000-square feet mixed-use development will finally debut to the public. Slated to open on July 15, The Pavilions at Plant Riverside District will include four new food and beverage options and a riverfront area equipped with Bellagio-style fountain shows timed with music and lights, as well as a kid-friendly dig area, where fossils can be unburied.

Maria Saporta reports that Atlanta’s top business and civic leaders provided moral support to Atlanta Mayor Keisha Lance Bottoms at Friday’s quarterly meeting of the Atlanta Committee for Progress. Between COVID-19, the economic downturn and the recent protest, in some ways the ACP meeting turned into a “therapy session” for everyone involved, ACP’s executive director Shan Cooper said half-jokingly.

Dave Williams reports that one of America’s major telecommunications companies is striking a blow at the pervasive inadequacy of online connectivity in rural Georgia. Comcast Inc. announced a $9 million investment Friday to expand its internet services to nearly 8,000 homes and businesses in Haralson and Carroll counties in West Georgia.

Staff reports that Senate Health and Human Services Committee started its hearing at 2 p.m. Sunday on HB 888, aimed at taking the consumer out of the middle of surprise billing disputes between their medical provider and their insurer. Sen. Chuck Hufstetler, R-Rome, presented the measure with an eye to bringing it for a full Senate vote this week.

Robin Bravender reports that the U.S. Senate Armed Services Committee this week adopted an amendment to require the Defense Department to rename U.S. military facilities named in honor of Confederates, including two in Georgia. The amendment from Sen. Elizabeth Warren, a Massachusetts Democrat, was adopted during a closed-door vote on annual defense policy legislation.

Nyamekye Daniel reports that the Georgia Department of Labor (GDOL) is offering more help to Georgians who have tapped out all of their state unemployment benefits amid the economic downturn from the response to the COVID-19 pandemic. GDOL launched the U.S.Department of Labor’s Pandemic Emergency Unemployment Compensation (PEUC), which allows unemployed residents to receive benefits for an additional 13 weeks.

Greg Bluestein and Jeremy Redmon report that large crowds are expected to march on the state Capitol on Monday to demand that lawmakers address “systemic criminal justice and electoral failures” after a problem-plagued primary and nationwide protests against police brutality.