Nyamekye Daniel reports, as federal government stepped in this week to offer more aid to the nation’s farmers in the form of small business loans. Last spring, farmers in Georgia had to fight to protect their crops from an arctic blast. Even when they got past that, crops such as cotton, peanuts, corn and soybeans became causalities of the U.S.-China trade war. 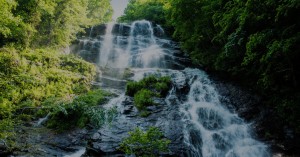 Getting back to beauty

Mary Ann DeMuth reports that while Georgia’s state parks have largely remained open during the COVID-19 pandemic, many of the amenities visitors use have been closed, including playgrounds, rentals, visitor centers and dining facilities. However, like the emergence of spring, some of those amenities are beginning to open.

Andy Peters reports that large Georgia-based companies delivered the same message Tuesday with their quarterly results: The coronavirus seems to have spared no corner of the economy. Children’s clothing retailer Carter’s lost $79 million in the first three months of 2020, after posting a $61 million profit a year earlier.

Eric Mandel reports that a major player in Atlanta’s ride-sharing landscape is shifting course in response to Covid-19. Lyft Inc. (Nasdaq: LYFT) said it has “paused” its more affordable “shared rides” option in all markets and is replacing it with a service that lets a customer opt for a longer wait time in exchange for a cheaper fare.

Georgia’s Kia Plant Opens On Limited Schedule Due To Pandemic

Ellen Eldridge reports that the Kia plant in West Point, Georgia, opened for limited production Monday. While the plant usually operates with three shifts over 24 hours, only the day shift — from 6:30 a.m. through 3 p.m. — will manufacture cars until further notice.

Berrien boat builder back in business

Terry Richards reports that one of Berrien County’s largest employers is afloat again. Chaparral Boats, closed for six weeks due to the COVID-19 pandemic, plans to reopen Wednesday after all of its employees have been medically cleared, company officials said Tuesday.

Beau Evans reports that Georgia Secretary of State Brad Raffensperger is proposing to streamline the processing of business license applications to help the state’s economy recover from the coronavirus pandemic. Raffensperger’s office oversees more than 135,000 different business licenses in Georgia.

Stanley Dunlap reports that the city of Valdosta is facing a $122,000 fine for spilling raw sewage into a creek that flows into a south Georgia river that runs downstream into Florida’s Suwannee River and eventually into the Gulf of Mexico.

Camden County Has To Redo Part Of Regulatory Process For Spaceport

Emma Hurt reports that Camden County must redo part of the environmental review process required by the Federal Aviation Administration (FAA), including a second public review period, eight years into its quest to open a commercial spaceport. This comes after the coastal Georgia county requested to pause and amend its initial spaceport application in December, two days before the agency was scheduled to release a major environmental regulatory milestone.

Pandemic could jeopardize funding for More MARTA, other transportation plans

Sean Keenan reports that economic damage dealt by the COVID-19 pandemic is expected to continue to put a strain on government programs that were mapped out long before the world began slipping into a recession.

Nicholas Fandos and David Enrich report that when Kelly Loeffler accepted an appointment to be a United States senator from Georgia, she left behind a high-paying job as a senior executive at the parent company of the New York Stock Exchange. But on her way to Washington, her old employer gave her a lucrative parting gift.

With state budget under strain, call to raise tobacco tax is renewed

Andy Miller reports that the economic downturn caused by COVID-19 is wreaking havoc on the state budget. More than $3 billion is expected to be sliced from state spending. The depth of those budget cuts could mean furloughs and layoffs for educators and other employees.

Beau Evans reports that state lawmakers are pushing for Congress to release $500 billion in federal funds to help prop up state budgets in Georgia and across the U.S. amid the coronavirus-prompted economic downturn. In a letter Monday, top budget-writing lawmakers in the General Assembly formally asked the state’s congressional delegation to back the $500 billion relief package for state governments, echoing calls by a handful of governors last month for the same amount.

The Jolt: Donald Trump un-says his criticism of Brian Kemp

Jim Galloway, Greg Bluestein and Tia Mitchell report that being president of the United States means never having to say you’re sorry. Instead, you just say it never happened. Only two weeks ago, Donald Trump gave Georgia Republicans a group heart attack when he twice criticized Gov. Brian Kemp for his first-in-the-nation decision to begin restarting small-business sectors of the state’s economy.