Staff reports that Governor Brian P. Kemp announced on Feb. 10 that Georgia has set another record, this time in exports and global trade, as the state’s diverse industry base and global connectivity continue to drive competitiveness. In 2019, the State of Georgia tallied $41.2 billion in exports and $143.3 billion in overall international trade. 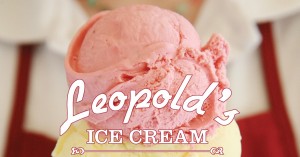 A busy – and historic – weekend coming up in Savannah

Mary Ann DeMuth reports that next weekend will be a busy one for Savannah. Between the 2020 Irish Festival, the Savannah Book Festival and the Georgia Historical Society’s (GHS) Trustees Gala, plenty of activities are in store. During the Book Festival, Leopold’s Ice Cream will be celebrated via a newly released book chronicling the history and lives of the Leopold brothers and their families in Savannah. https://georgiatrendblog.com/a-busy-and-historic-weekend-coming-up-in-savannah/

Kelly Yamanouchi reports that a new report released by the world’s busiest airport touted an $82 billion economic impact for Hartsfield-Jackson International and said more than 63,000 people have jobs at the facility. Those workers include airport employees, concessions workers, airline customer service agents, flight attendants and pilots, contractors and others based at the airport — making it the largest job center in the state, according to the report.

Sarah Shadburne reports that the United Parcel Service Inc. (NYSE: UPS) and the Independent Pilot’s Association have reached a tentative agreement on a two-year contract extension. The union, which is based in Louisville, Ky., represents the company’s 2,959 flight crew members, and the tentative agreement focuses on wage and retirement increases.

Gordon Jackson reports that Twin Pines Minerals has withdrawn its application to mine heavy minerals on 2,400 acres of land near the southern border of the Okefenokee National Wildlife Refuge. The company filed notice with the Army Corps of Engineers, saying it will reduce the size of the permit area before resubmitting its application.

Katie Nussbaum reports that the Savannah Harbor Expansion Project is set to remain on track after the Trump Administration requested $93.6 million to fully fund the project in the Fiscal Year 2021 budget, which was released Monday, Feb. 10. This is a fourth year in a row SHEP will receive full federal funding from the Trump administration, pending Congressional passage of the annual appropriations bill.

Jenna Eason reports that Geico’s regional office in Macon is looking to hire 500 employees in 2020. The part-time and full-time positions are in claims, salvage, emergency roadside service, customer service and sales, according to a news release. The jobs are posted on Geico’s Macon job site.

Kandice Bell reports that a manufacturer is considering making Coweta County home, which would bring approximately 111 jobs to the county. Trae Westmoreland, president of the Coweta County Development Authority, made the announcement at the authority’s regular meeting Thursday, Feb. 6.

Damon Cline reports that the Riverfront at the Depot is officially dead. Augusta’s Downtown Development Authority on Monday voted to terminate its contract with the Alabama-based developers who proposed turning the mostly vacant city-owned property at Sixth and Reynolds streets into a $94 million mixed-use riverfront complex.

Katie Nussbaum reports that the Savannah College of Art and Design contributed $577 million in economic impact in the local economy during the fiscal year 2019 and supported 2,852 full- and part-time jobs, according to a recent study. The study, which was conducted on behalf of the university by Tripp Umbach, a Pittsburgh-based consulting firm, showed an increase of $139 million or nearly 32% compared to FY17.

Dave Williams reports that Lt. Gov. Geoff Duncan set an ambitious agenda Monday for a high-profile group of political, business and academic leaders he is looking to for ideas on how to make Georgia the technology capital of the East Coast. The Georgia Innovates Task Force, co-chaired by former U.S. Sen. Johnny Isakson and Georgia Tech President Emeritus G.P. “Bud” Peterson, held its kickoff meeting to hear Duncan’s charge to the group and dole out assignments for the work ahead.

Stanley Dunlap reports that an Open Door Adoption Agency can’t contract with the state of Georgia because it limits placing children to the families of Christians, just as it has since opening in 1986. The Thomasville adoption agency serves the whole state and is one of the religious-based child-placement nonprofits operating in Georgia that could start receiving state money if a newly introduced bill is passed.

Nyamekye Daniel reports that members of the Georgia Legislature have sponsored a bill that some say oversteps the authority of local governments to set their own laws. Senate Bill 317 sets in motion the process to abolish county police departments.

Amanda C. Coyne reports that a freshman lawmaker has been working to include adoptable children in the Georgia House’s daily rituals. In between the visiting chaplains, doctors of the day and championship sports teams, state Rep. Shelly Hutchinson, D-Snellville, has introduced Georgia children ready for adoption almost every legislative day this session.