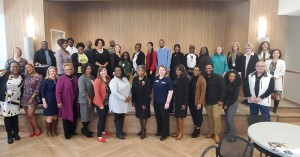 Mary Ann DeMuth reports that the Community Foundation of Central Georgia (CFCG) is awarding 42 Conversation to Action Mini-Grants to provide seed funding for ideas sparked by the organization’s second On the Table Macon event, held last fall. The event drew nearly 5,000 people who live, work and play in Macon. They came together for mealtime conversations about community issues and actionable ways to improve the community.

Andy Peters reports that Intercontinental Exchange has made a bid to purchase eBay, according to a media report, as the Atlanta company reportedly looks to make a huge splash in the world of online retailing. ICE, which owns the New York Stock Exchange, made an unsolicited offer of more than $30 billion for the online auction company, The Wall Street Journal reported on Tuesday, citing unnamed sources.

Douglas Sams reports that Macy’s Inc. confirmed on Tuesday it will turn Atlanta into its primary technology hub, bringing hundreds of additional high-paying jobs to the region. The department store chain said it will open a new technology office in the city of Atlanta and expand its existing Systems & Technology campus in Johns Creek, a city about an hour north of downtown Atlanta where it employs over 1,000 programmers, engineers and other online support staff.

Trevor Williams reports that the same day the city’s leaders touted their strong business environment in Atlanta, a flooring company from Hong Kong committed to a $30 million factory in Georgia. Novalis Innovative Flooring is putting its first U.S. plant in Dalton, a global capital for carpet and flooring industry where the company had already put a North American headquarters. The project will create 120 jobs.

Andy Miller reports that Medicare is penalizing 26 Georgia hospitals for high rates of infections and other patient injuries. They are among the 786 hospitals identified by federal health officials that will get lower payments under the patient safety program, created by the Affordable Care Act.

Megan Reed reports that Andy Garrison of Jefferson is running to represent District 50 in the Georgia Senate. Garrison, a Republican, is the principal managing partner of Inland Realty in Jefferson and president of The Garrison Company.

Maggie Lee reports that a Fulton state lawmaker wants the county’s schools and cities to have some kind of input before economic development authorities abate millions of dollars from the property tax base. State Rep. Chuck Martin said he’s interested in good developments that want to be part of the community, but he also wants to make sure that the county’s two school systems, and 15 cities  have the money to run education, police, fire and other services.

Emma Hurt reports that Georgia state lawmakers are moving forward with a bill to prevent bans and targeted regulation of short-term rental properties like Airbnbs. Republican State Representative Kasey Carpenter is sponsoring the bill, which passed out of a House subcommittee Monday.

Beau Evans reports that Gov. Brian Kemp unveiled legislation Tuesday that would reduce the number of standardized tests public school students must take in Georgia and untie the link between scores earned on those exams to their final grades. The changes figure into the governor’s push to roll back some standardized tests instituted over the past decade, both at the federal and state levels.

Everett Catts reports that at a Sandy Springs City Council meeting in March, nearly three weeks before Senate Bill 66 passed into law, Sandy Springs Mayor Rusty Paul warned residents about the bill, which regarded the Streamlining Wireless Facilities and Antennas Act and was introduced in the 2019 Georgia legislative session as part of the state’s push to get more broadband Internet access in rural parts of the state.

Sarah Rose reports that John Monds, a 2010 Georgia gubernatorial candidate, has announced that he will seek the Libertarian nomination for president. Monds was also the first Libertarian candidate to receive more than 1 million votes at the state level during his 2008 campaign for Georgia public service commissioner.

Diane Wagner reports that the battle to end surprise medical bills in Georgia may be nearing the end, judging by the artillery assembled for the latest salvo. Two identical bills are expected to drop in the House and Senate today, backed by lawmakers who have been at odds in past sessions.

Beau Evans reports that legislation increasing the fee to store toxic coal ash in Georgia landfills cleared a Senate committee on Tuesday. Coal ash, the byproduct of burning coal at power plants to generate electricity, can contain compounds that cause cancer after long exposure.