Sam Whitehead reports, interested parties now have another chance to weigh in on Gov. Brian Kemp’s plan for a limited Medicaid expansion. The 30-day federal public comment period on the proposal opened this week and closes Feb. 7. 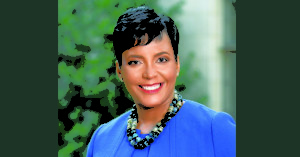 Mary Ann DeMuth reports that Georgia Trend kicked off the new decade with its annual selection of the Georgian of the Year, the 100 Most Influential Georgians, more than 50 Notable Georgians and a prestigious inductee into the magazine’s Hall of Fame. These are individuals whose vision and hard work have helped make life better for others throughout our state.

Staff reports that the annual CES tech trade show held this week in Las Vegas attracts more than 175,000 attendees who can see the latest tech gadgets on display. More than a dozen companies from Georgia exhibited their wares at CES 2020.

Madison Hogan reports that if there’s one thing Curricula CEO Nick Santora wants you to know, it’s that training to protect yourself from hackers and phishing scams “doesn’t need to be boring anymore.” Curricula, a story-based security awareness training platform, is designed to make learning about how to protect yourself from threats online fun, engaging and memorable.

Katie Nussbaum reports, as support continues to grow for the Savannah Logistics Technology Corridor, the task force behind the endeavor is looking to the 2020 Georgia General Assembly for the next step in the corridor’s future as several incentives are presented to the delegation for consideration.

State of Georgia teams with Cyber Center for ballot security

Staff reports that Secretary of State Brad Raffensperger and the Georgia Cyber Center at Augusta University announced last week their partnership on protecting Georgia’s election system against cybercrime. “People are increasingly confident about the ease of use and the security of the new system as they learn more about it,” Raffensperger said.

Diane Wagner reports that local lawmakers are expecting to get off the mark quickly when the Georgia General Assembly’s annual 40-day session starts Monday. Sen. Chuck Hufstetler, R-Rome, will be part of a noon press conference spelling out his caucus’ priorities for the coming weeks. The chairman of the Senate Finance Committee said two important pieces of legislation will set the stage for budget discussions.

Mary Ann DeMuth reports that last year, the Georgia Municipal Association (GMA) and GeorgiaForward agreed to an administrative partnership that will help further strengthen communities around the state. GMA is an Atlanta-based nonprofit that provides research, training, employee benefit and technical consulting services to 538 member cities, along with legislative advocacy. GeorgiaForward, previously under the auspices of Central Atlanta Progress, is a nonprofit that works to unite communities around the state and create a talent pipeline.

Sarah Fay Campbell reports that Georgia’s suspended commissioner of insurance wouldn’t be able to still receive a salary under legislation proposed by State Rep. Bob Trammell, D-Luthersville. Jim Beck took office in January 2019 and was suspended in May, two days after being indicted on charges of fraud.

Jeff Gill and Megan Reed report that while the state is cutting costs this year, officials say the spending reductions are more preventative than reactive. “Back in 2008, when I was in the Senate, we cut things pretty much to the bone. There’s been some buildup,” State Rep. Lee Hawkins, R-Gainesville, said. “But I can tell you this governor and this legislature are committed to doing cuts, but not cuts where we would reduce services for Georgia citizens.”

Robert Jimison reports that the top Republican in Georgia’s House of Representatives is anticipating a lengthy 2020 legislative session as state lawmakers grapple with tax and budgeting rules. During his annual pre-session press conference House Speaker David Ralston, R-Blue Ridge, laid out his expectations and offered a preview of the upcoming General Assembly.

Jill Nolin reports that a new poll found lukewarm enthusiasm among Georgia voters for a plan to cut the state’s income tax rate when lawmakers are being asked to slash about $200 million from this year’s budget. The survey shows that about 42% of voters support the costly tax break when told the change would only save a family earning $50,000 a year about $5 per month.

Nyamekye Daniel reports that Georgia Gov. Brian Kemp and First Lady Marty Kemp plan to make an announcement Monday about the state’s human trafficking initiative, one of his many priorities for the upcoming legislative session. Kemp will give his annual state of the state address next week, but he has already made his priorities known.

Greg Bluestein reports that top Georgia Democrats once dreamed of unifying behind one candidate in the race against Republican U.S. Sen. Kelly Loeffler. That seems as unlikely as ever now. Political newcomer Matt Lieberman proved he can raise significant cash and be a credible contender.